EVERYTHING YOU NEED TO KNOW ABOUT VISITING DELOS ISLAND 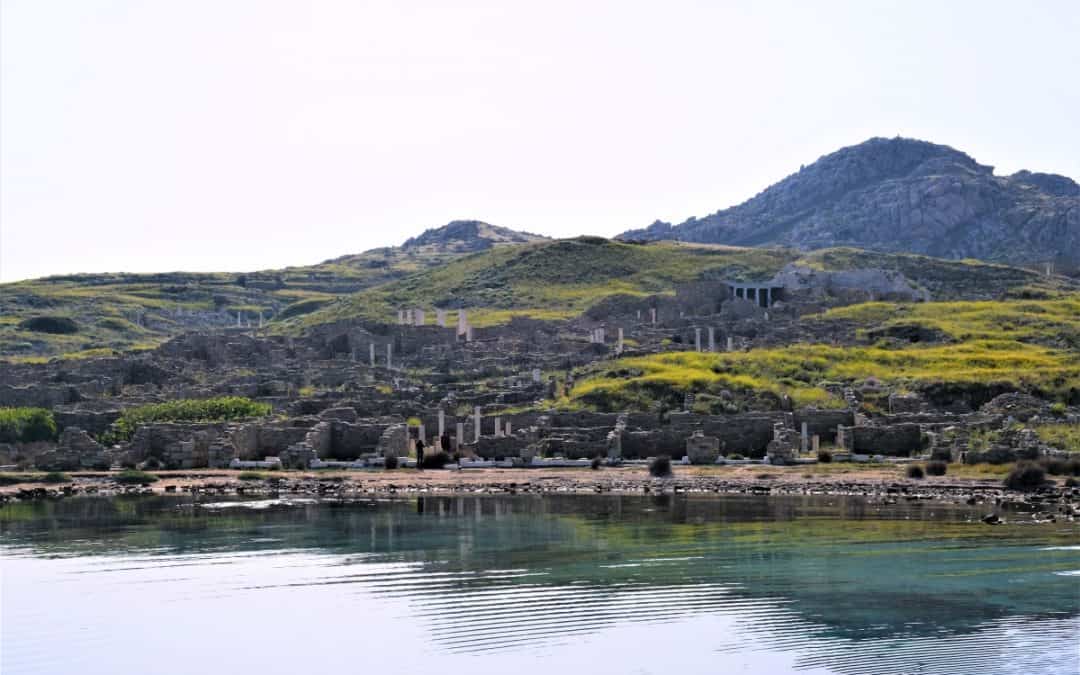 Delos Island is regarded by many to be the most important of all the Greek Islands. Considered the birthplace of Apollo – the God of sun and light, music and poetry, healing and plagues, knowledge, beauty and agriculture, Delos island has no inhabitants today but still houses incredible ruins and artefacts from a significant ancient civilization. This guide covers everything you need to know about visiting Delos island, Greece. 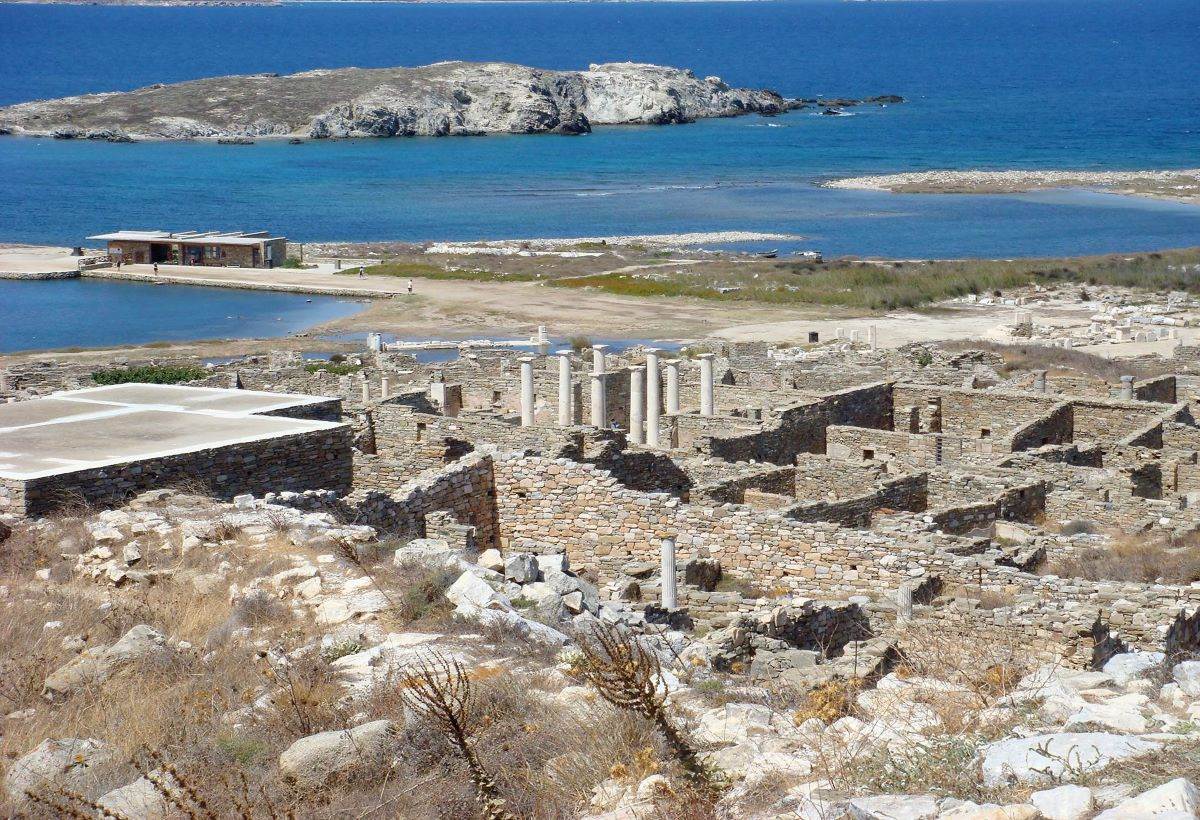 Apollo was believed to be a complex and multi-faceted deity who represented and controlled many important industries, virtues, events, and other things. His name, Apollo, is the only major god who appears with the same name in both Roman and Greek Mythology.

He was adored and worshiped throughout Greece and the Greek empire as the ‘Kouros”, a perfectly developed classical male nude. He was often depicted with a laurel wreath on his head and either a bow and arrow or a lyre and plectrum in his hands.

Apollo was believed to be the son of the mighty god Zeus, the King of all other gods, and the Titan Goddess Leto, one of Zeus’s many lovers. Hera, the wife of Zeus, forbade the pregnant Leto to give birth on solid land and it was only the island of Delos who welcomed her. In fact, it is said she gave birth to twins – Artemis being the sister of Apollo.

Legend has it that Apollo sought revenge for his mother by slaying the dragon Delphi called Python. Delphi and Delos went on to be two of the most sacred sites in Greece. To this day it is a fascinating site to visit and there is something very moving, and many will say, spiritual, about them.

Apollos had numerous love interests, both male and female, and his offspring numbered more than 40. They included Orpheus, Scylla, Hector and Asclepius the God of Beekeeping and Animal Husbandry. 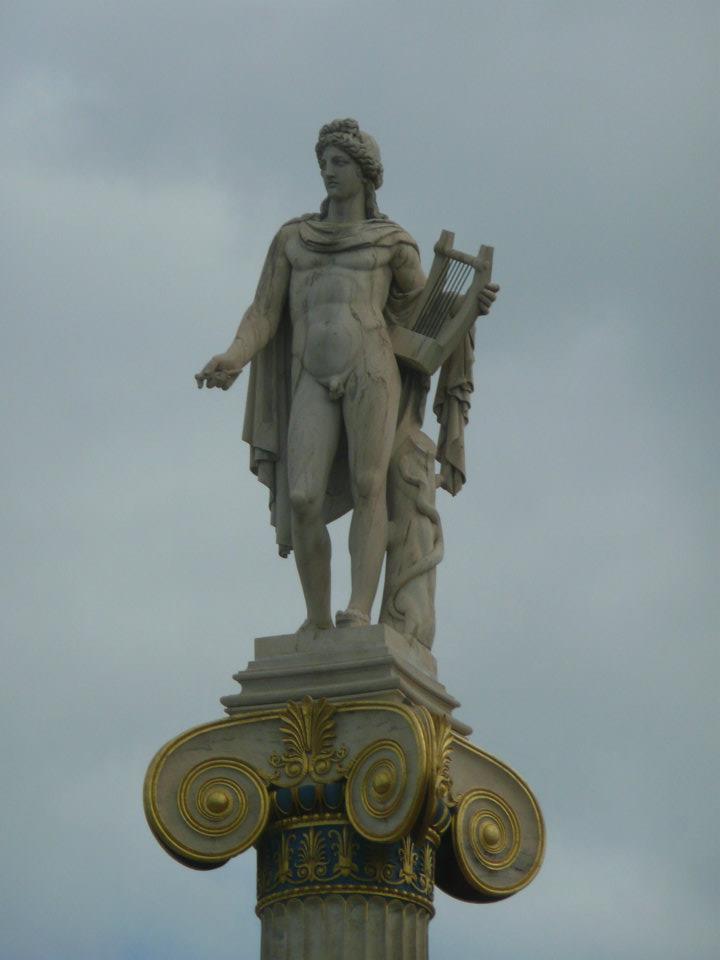 Where is Ancient Delos island?

Delos is a World Heritage Site and one of the most important archeology and historical sites in Greece.

It is located just 20 minutes by boat from Mykonos. Its unique location once allowed seafarers to stop and resupply between ports of major centers throughout Ancient Greece. Delos is quite small, only 5 x1.3kms, and today is only inhabited by some caretakers and workers for the site.

Inhabited since 3000BC, Delos gained its reputation during the Mycenean period, when it attracted large numbers of devotees and pilgrims, and began thriving as a commercial center.
During the Roman and Byzantine eras, Delos was a well-known supplier of water, food, and equipment, and many important festivals and religious events were held there.

Further reading: Where to stay in Mykonos 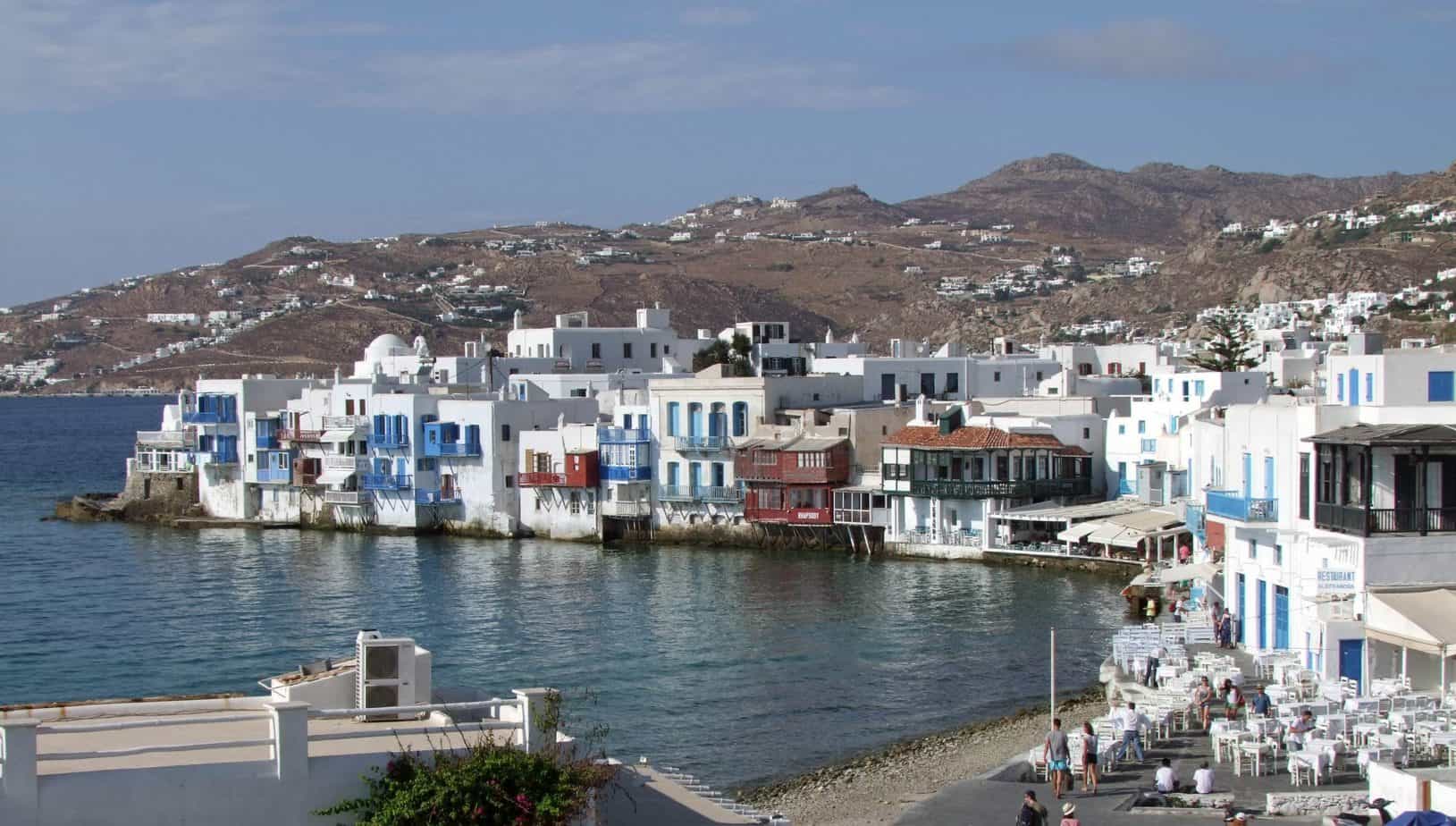 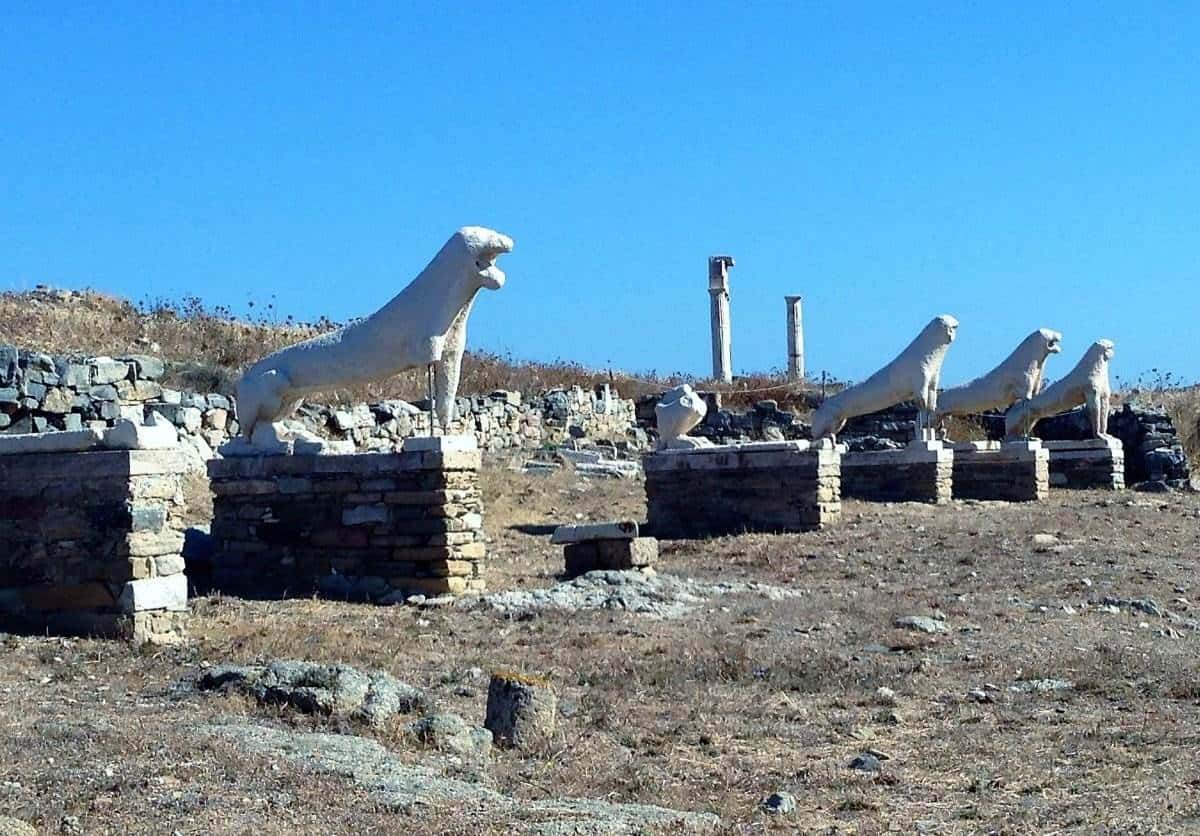 What to see when visiting Delos island

The island of Delos is home to some incredible archaeological ruins and artifacts. Among them are :

There is also a small museum on the island that houses a number of impressive artefacts including statues, columns and mosaics. Naturally, there is a marble statue of Apollo, which in fact is thought to be a miniature of one at Delphi.

The museum is open daily from March to November from 10 am and the entry fee is included in the Delos entry fee of 12 euro. 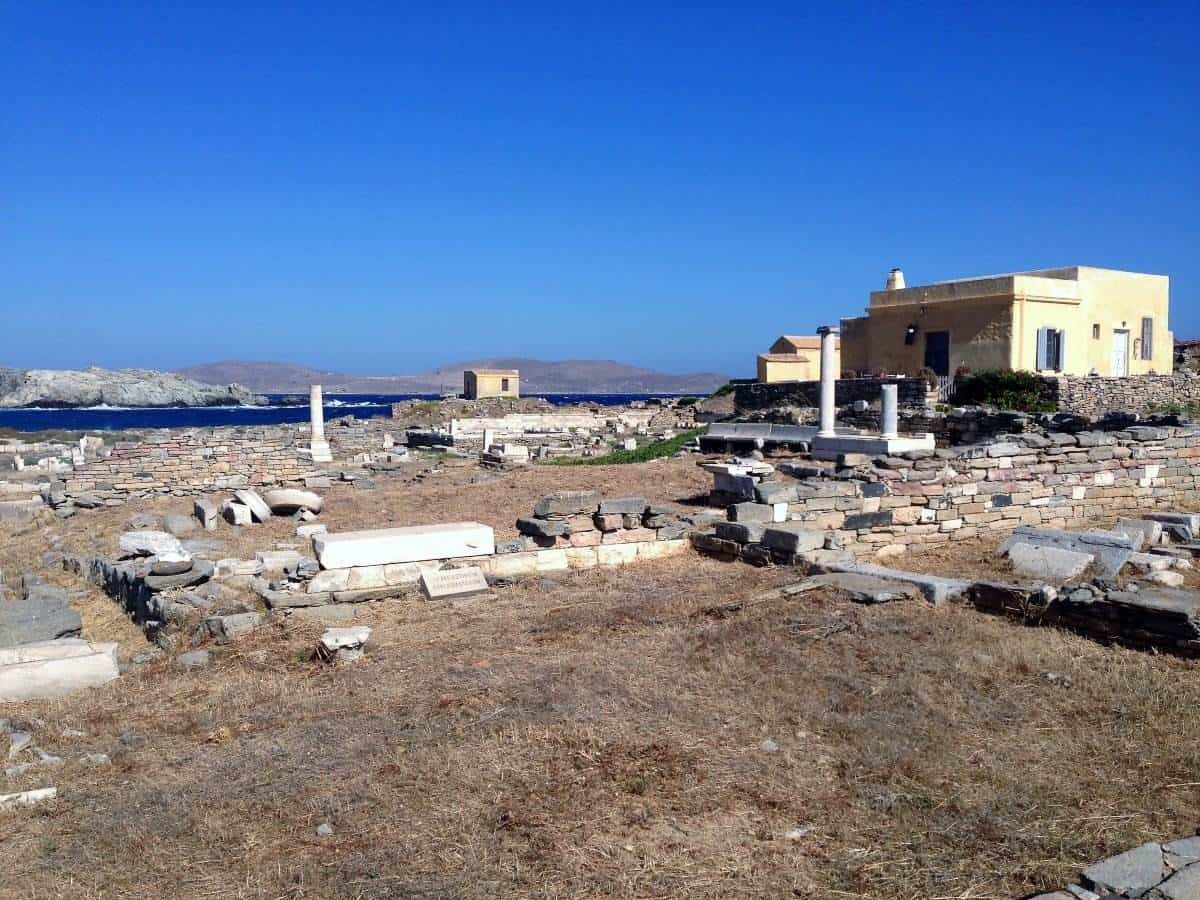 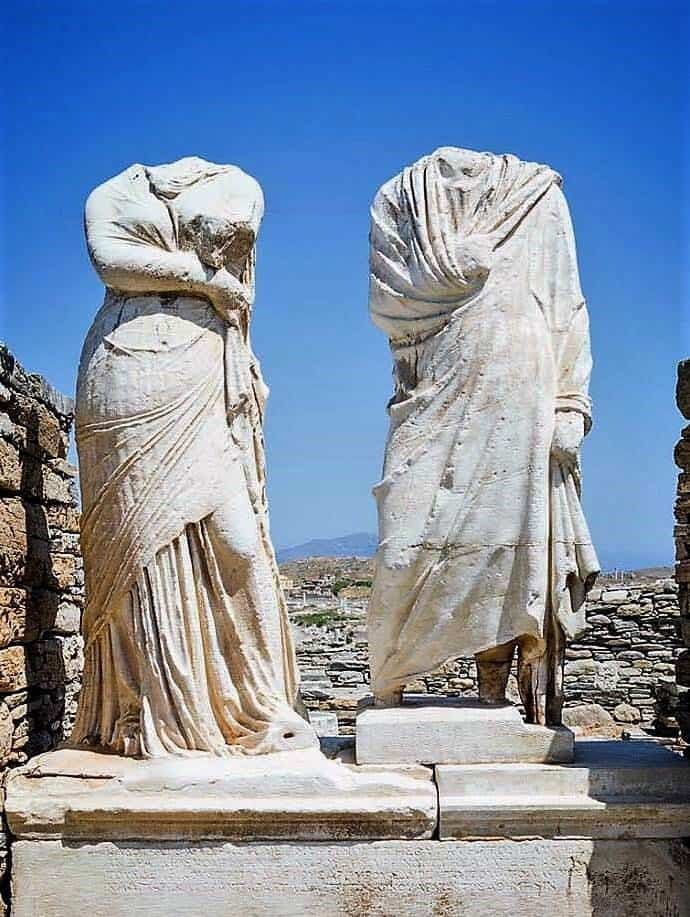 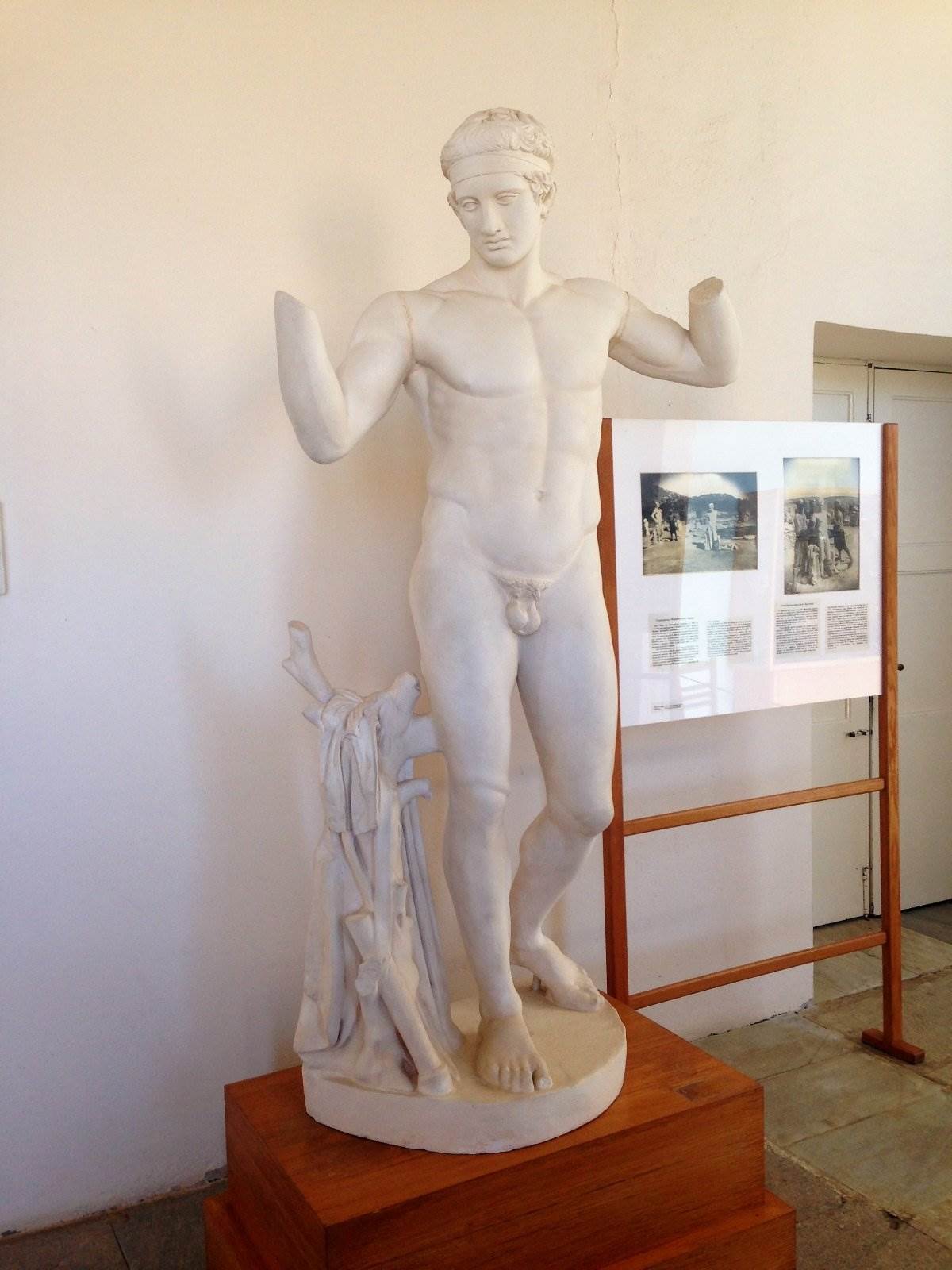 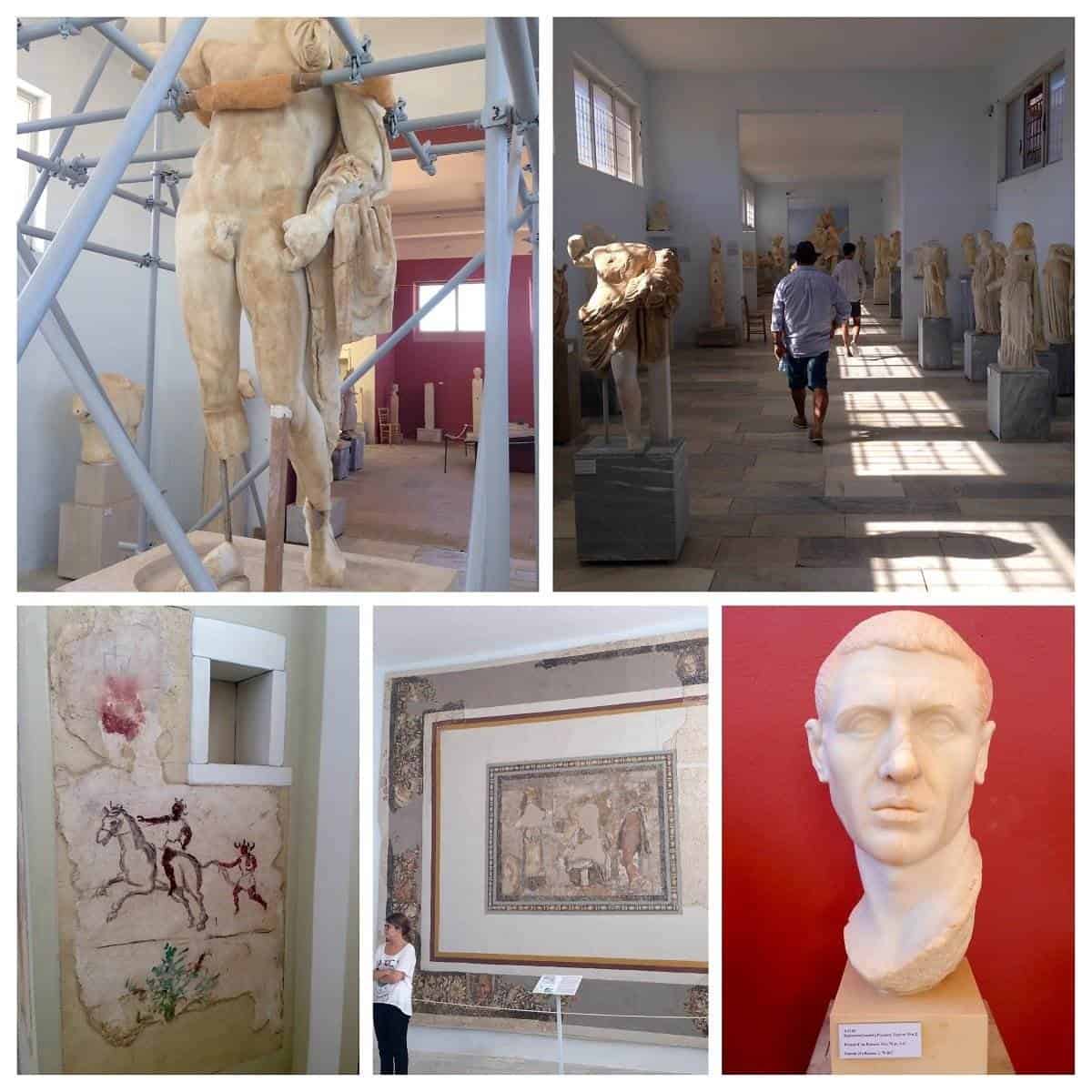 There are two ways to visit Delos.

A tour to Delos

There are a number of tours to Delos that leave from Mykonos to Delos island every day. They range from inexpensive group tours on the public ferry to small private tours on private boats. Cruise ships passengers often arrive en masse in the middle of the day so plan your visit wisely.

There are also day trips to Delos that you can do from Paros and Naxos.

Ferry from Mykonos to Delos

Ferries from Mykonos to Delos run every day except for some religious holidays, departing from the old port. The departure times from March to November are usually 9 am, 10 am, 11:30 am and 5 pm, returning at 12 pm, 1:30 pm, 3 pm, and 7:30 pm but this can change especially on very windy days.

Once there you can self tour the site on foot and visit the island and the museum as explained above.

Tickets for the Delos ferry in 2021 were 20 euro return and 12 euro entry paid at the ticket office on Delos when you arrive. 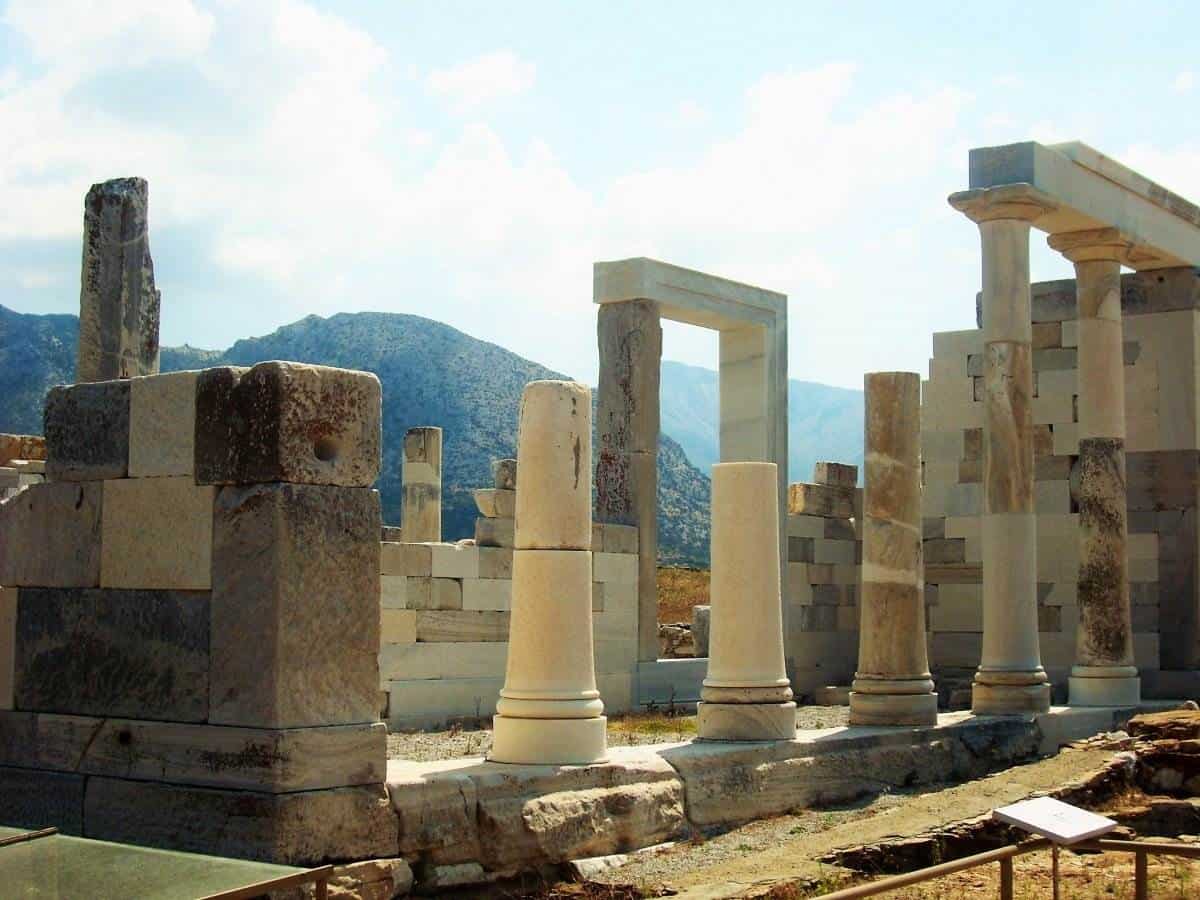 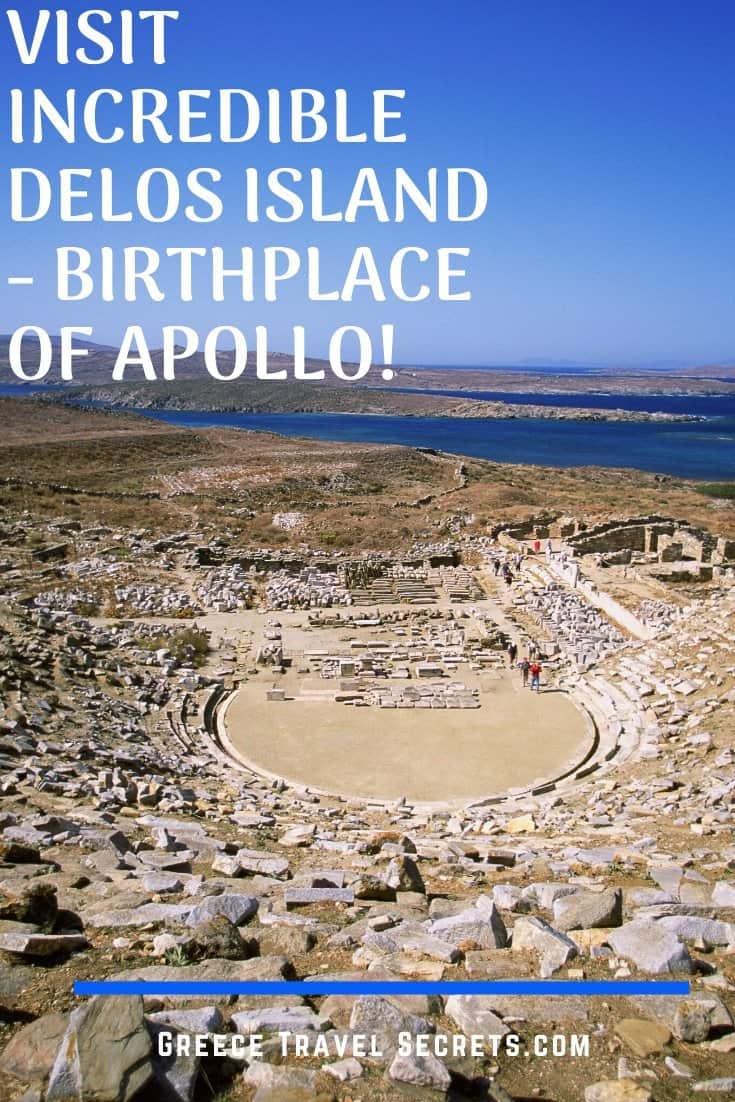 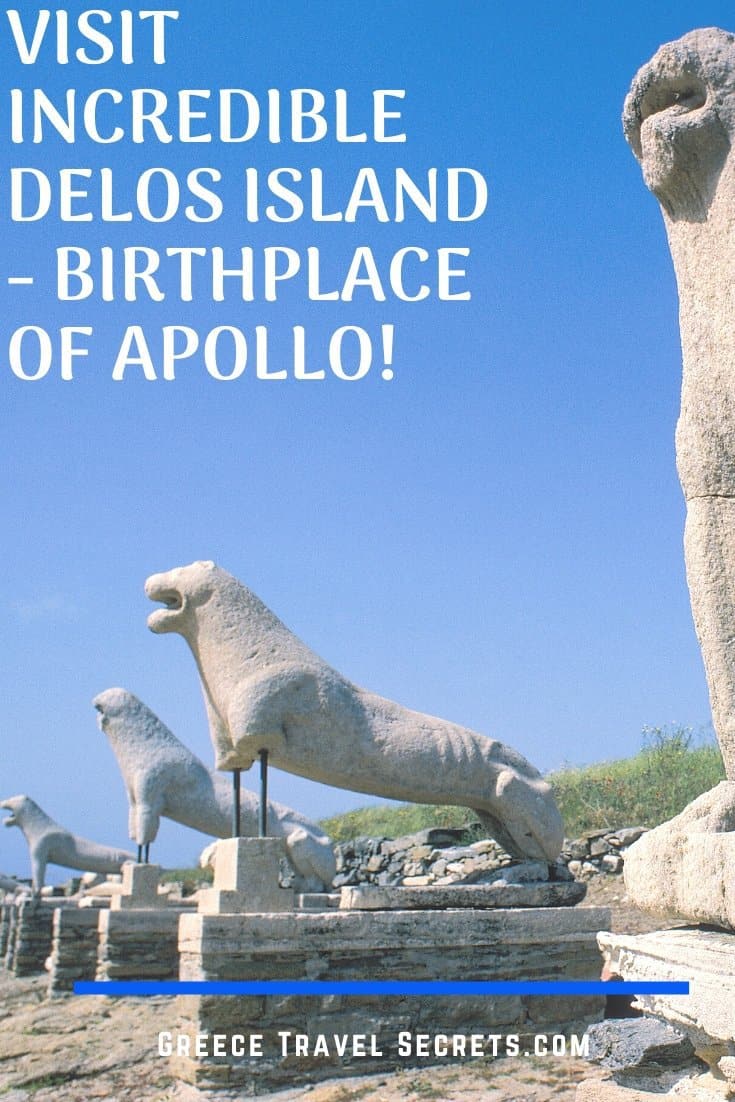 HOW TO GET FROM SANTORINI TO MYKONOS